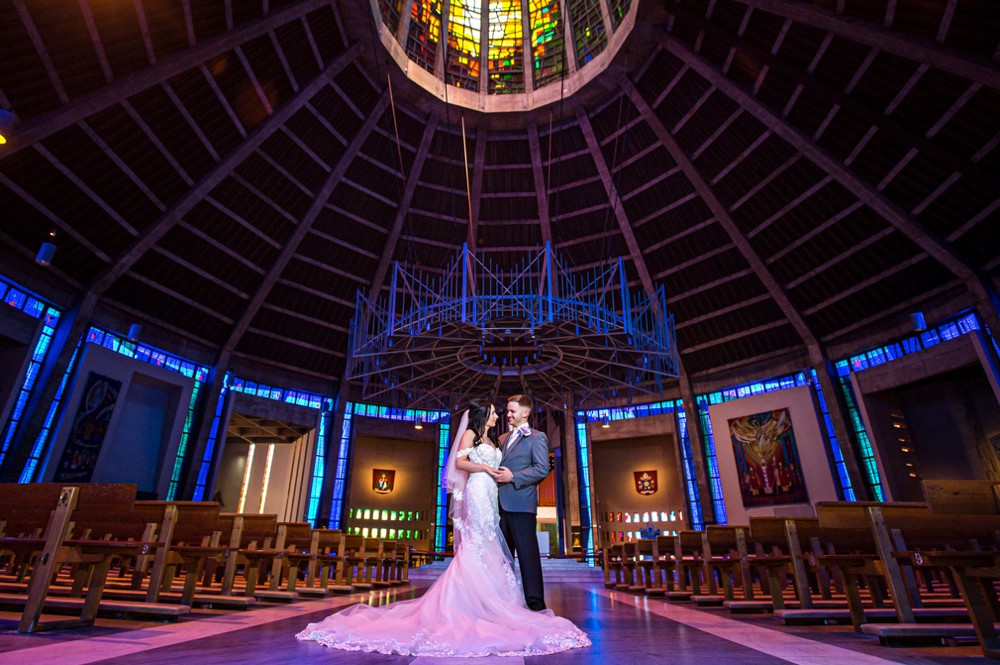 Best places to get married in Liverpool

Admittedly we might be biased, but here at Matthew Rycraft Photography, our favourite city of all for weddings is Liverpool.

The variety of wedding venues in the city means there is the perfect venue for everyone - and it is quite simply our favourite place to take great wedding photographs and capture stunning videography.

From the landmark Metropolitan Cathedral to majestic Knowsley Hall, the stylish Malmasion hotel or Beatles-themed A Hard Day’s Night, this iconic jewel of the North West has some amazing backdrops for your Liverpool wedding photographs.

The following venues include some of our favourites, although there isn’t a venue in Liverpool that we are not familiar with. Knowing the city so well means we know the prime locations, as well as the best times to take shots – even during inclement weather. Here are just a few of the best places to get married in the fine city of Liverpool. 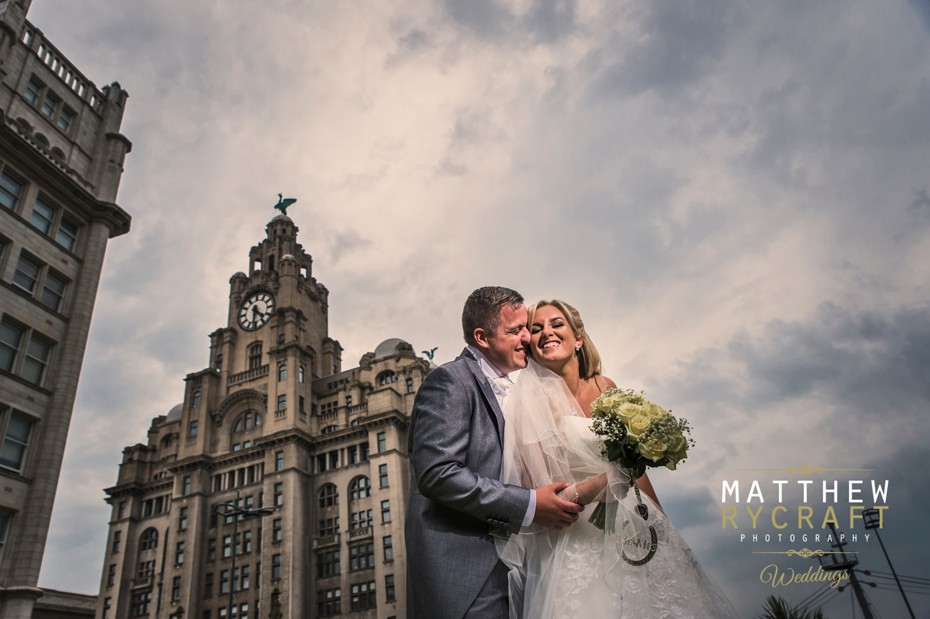 This iconic, Grade II listed building is one of two cathedrals in the centre of Liverpool, and is formally known as the Metropolitan Cathedral of Christ the King. Built in the 1960s and sometimes nicknamed “Paddy’s Wigwam”, it’s England’s biggest Catholic Cathedral. It is also known locally – and colloquially – as “The Mersey Funnel”.

Beneath the Cathedral is the crypt, which was subject to a £3m refurbishment programme just over a decade ago. This makes an impressive Liverpool wedding location. 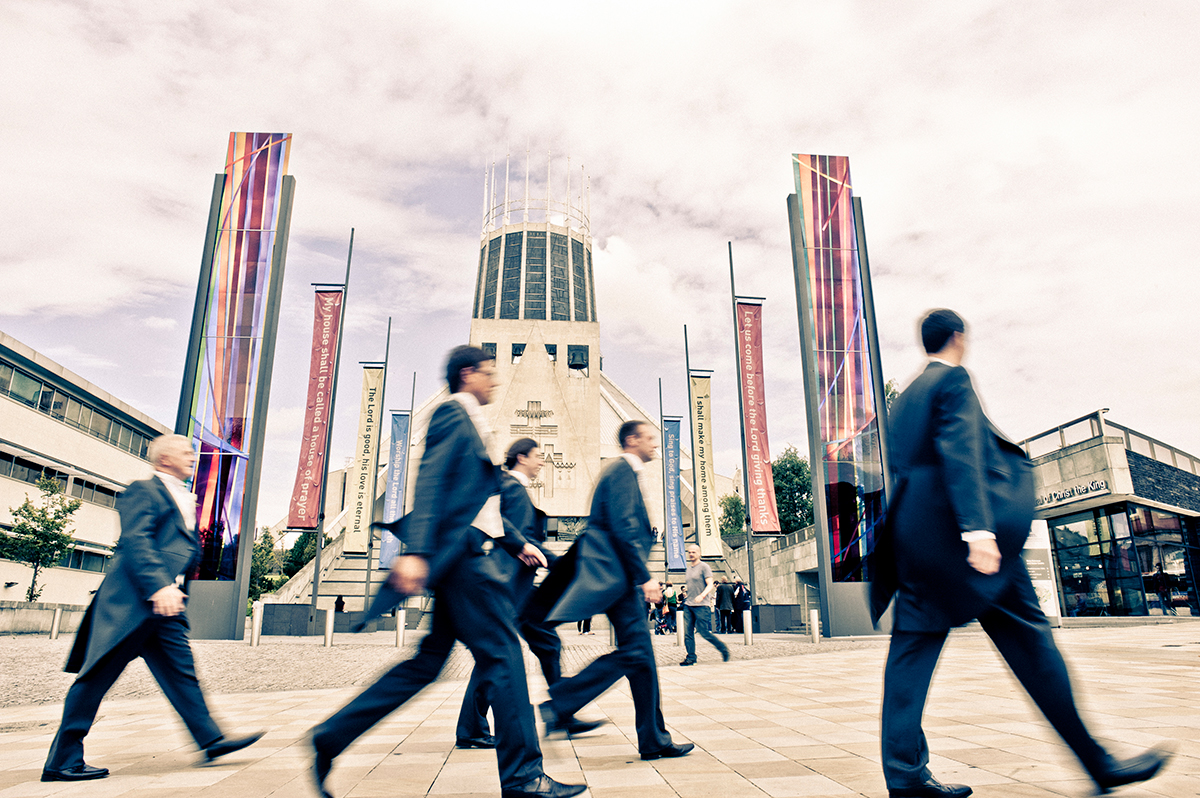 Liverpool is probably even more famous for the Fab Four than its two cathedrals, so why not capitalise on this connection – especially if you have family and friends travelling from elsewhere, as there are 110 guest rooms on site. A four-star hotel, A Hard Day’s Night is the ideal venue for music lovers of any age, especially as it is the world’s only Beatles-themed hotel. As well as floor-to-ceiling memorabilia, guests can marvel at their own private museum close to the wedding ceremony and reception rooms.

A Hard Day’s Night is located in Liverpool’s historic Cavern Quarter, and the John Lennon honeymoon suite boasts its own private balcony with panoramic views over the city. 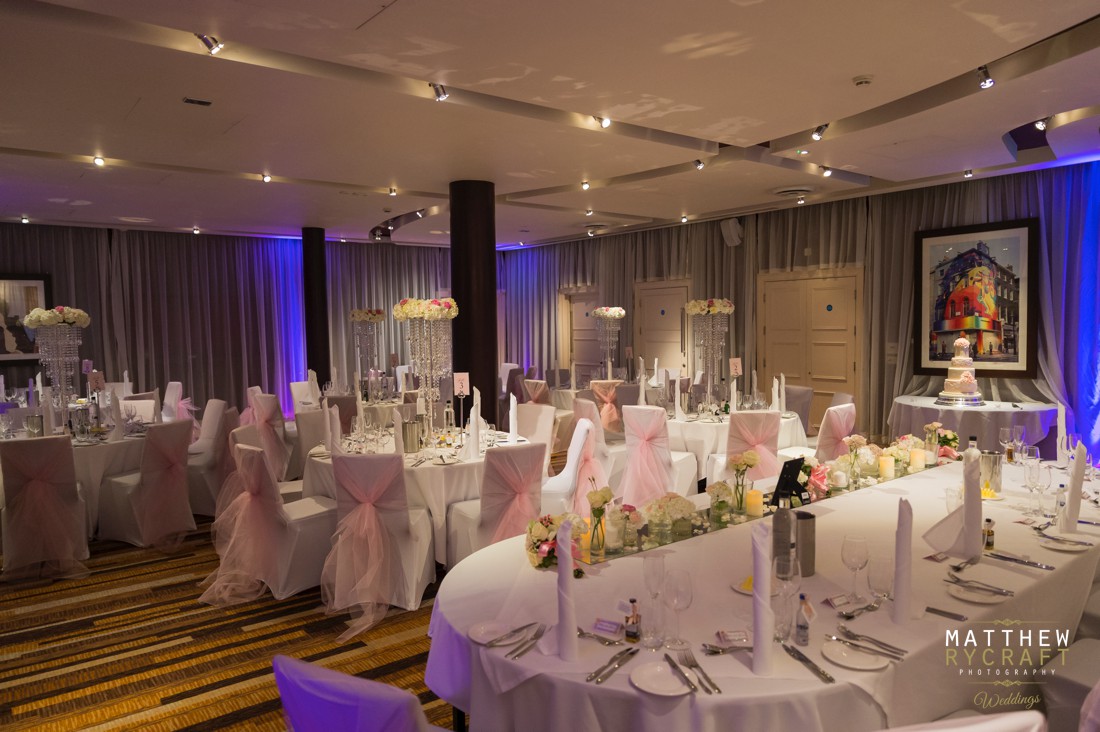 Bordering the city centre and several of South Liverpool’s left suburbs, Sefton Park is to Liverpool what Central Park is to New York. The most breath-taking corner of this spacious park belongs to the Victorian Grade II listed Palm House, a grand glass structure that is surrounded by stunning landscaped gardens. This treasured building was fully restored in 2001 and is now one of Liverpool’s most arresting sights. A key feature of the Palm House is the ability to host weddings with an outdoor feel all year round – even in rainy North West England. 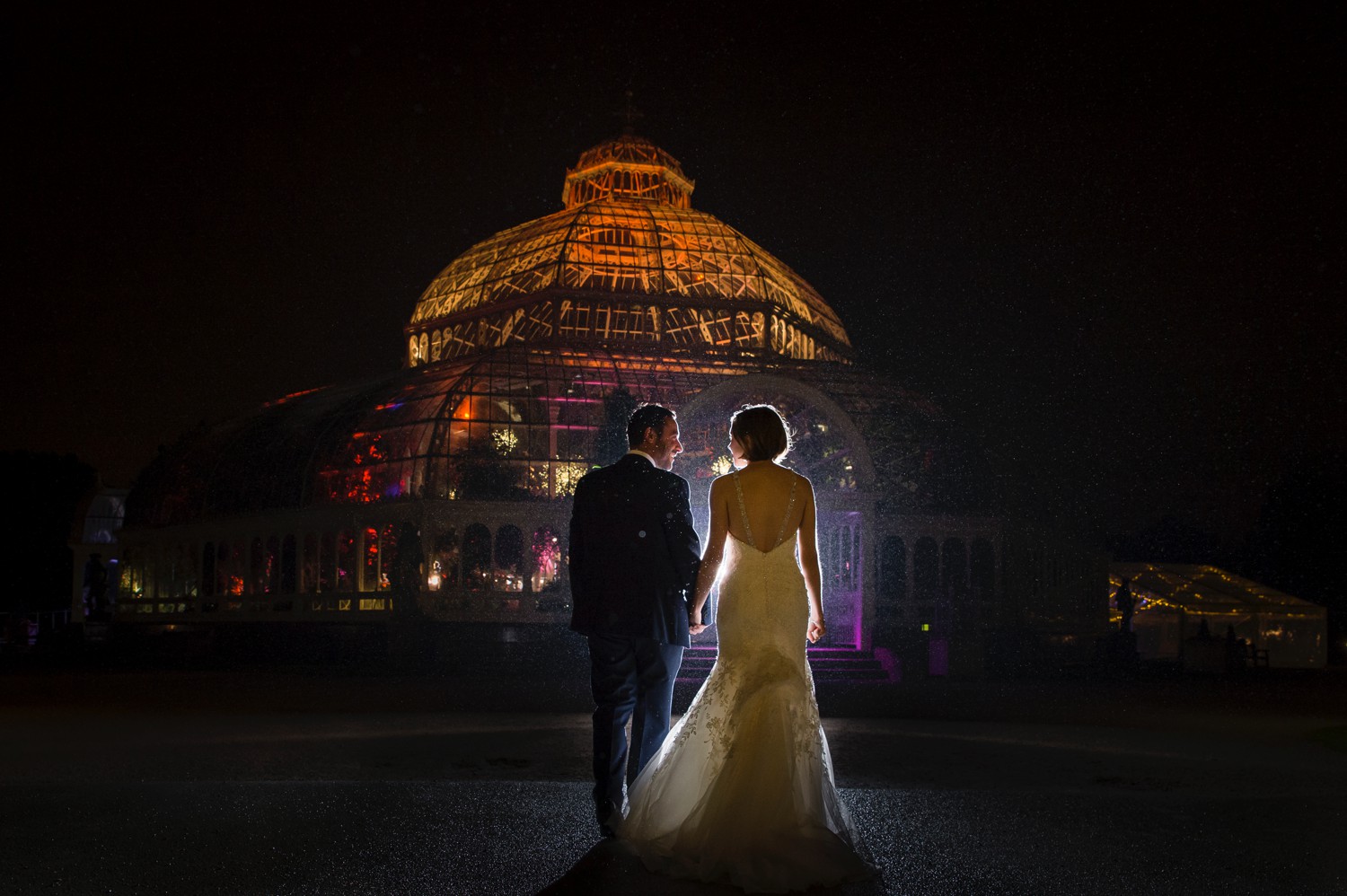 Grade II listed Knowsley Hall dates back to the 1100s. The Hall is set within the private walled Knowsley Estate, and the current Earl and Countess of Derby have restored this majestic property to its former glory. Inside this five-star venue are various Georgian and Victorian interiors which will impress even the most discerning wedding guests. Outside, there are acres of landscaped gardens and a picturesque lake, both of which make perfect backdrops for your wedding photographs. Guests may dine in the grand State Dining Room, before enjoying the evening reception within the impressive Stucco Ballroom. 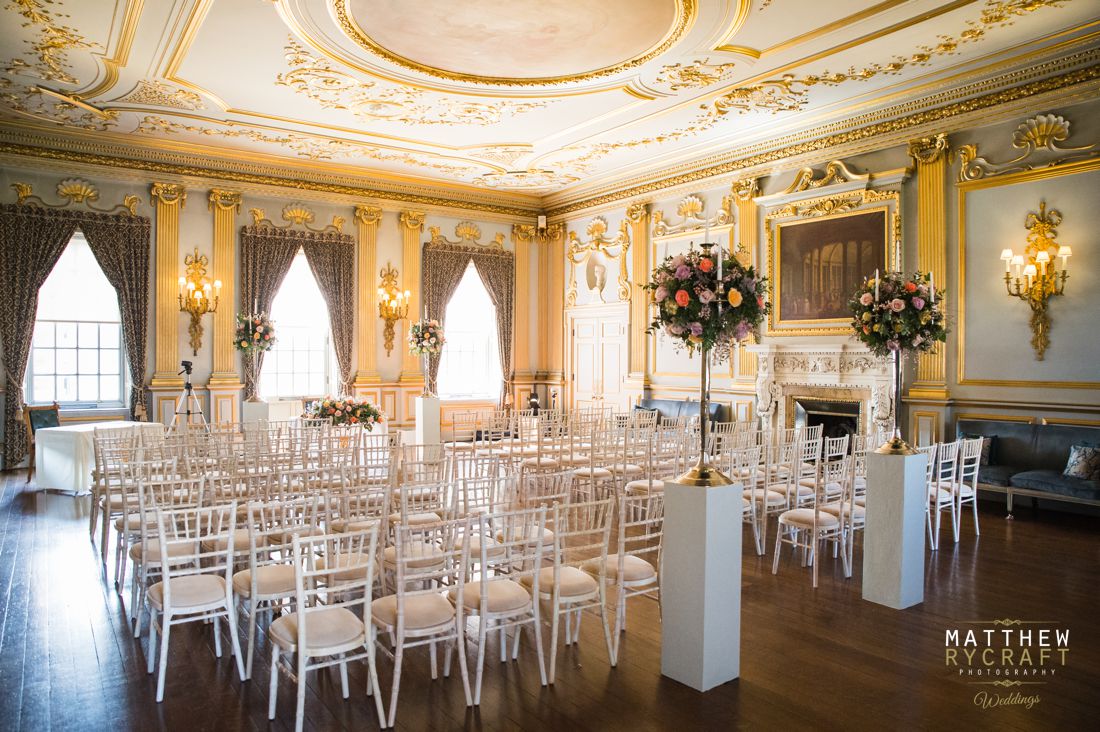 Situated on Liverpool’s famous waterfront, the Malmaison on Princes Dock has 130 sumptuous rooms and suites, and offers fabulous views over the River Mersey and city centre – including the iconic Liver Building nearby. If you love Liverpool’s lively night-time scene, there’s nowhere more sophisticated to host the largest party of your life. This venue is one of the North West’s most elegant and contemporary wedding venues, ensuring you and your guests have a truly unforgettable day.

Oh Me Oh My

A neighbour of Malmaison and the Liver Building is Oh Me Oh My, one of Liverpool’s most intimate and unique wedding venues – and one of our favourites for taking stunning shots. The food is fabulous, and so are the sweeping views across the waterfront and city. 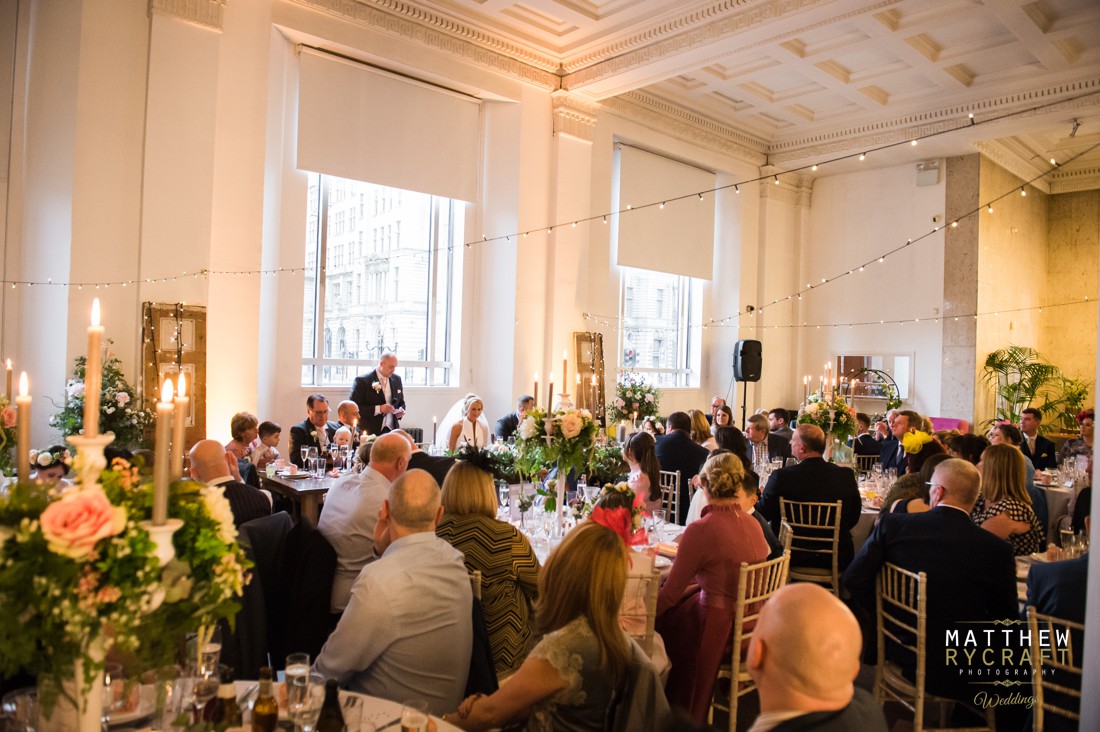 The Racquet Club on Chapel Street, central Liverpool boasts some beautiful architecture that can be captured on camera for your wedding album. It has a range of spaces to suit various requirements, and Matthew Rycraft has photographed here during all seasons – from spring through summer, autumn and winter. 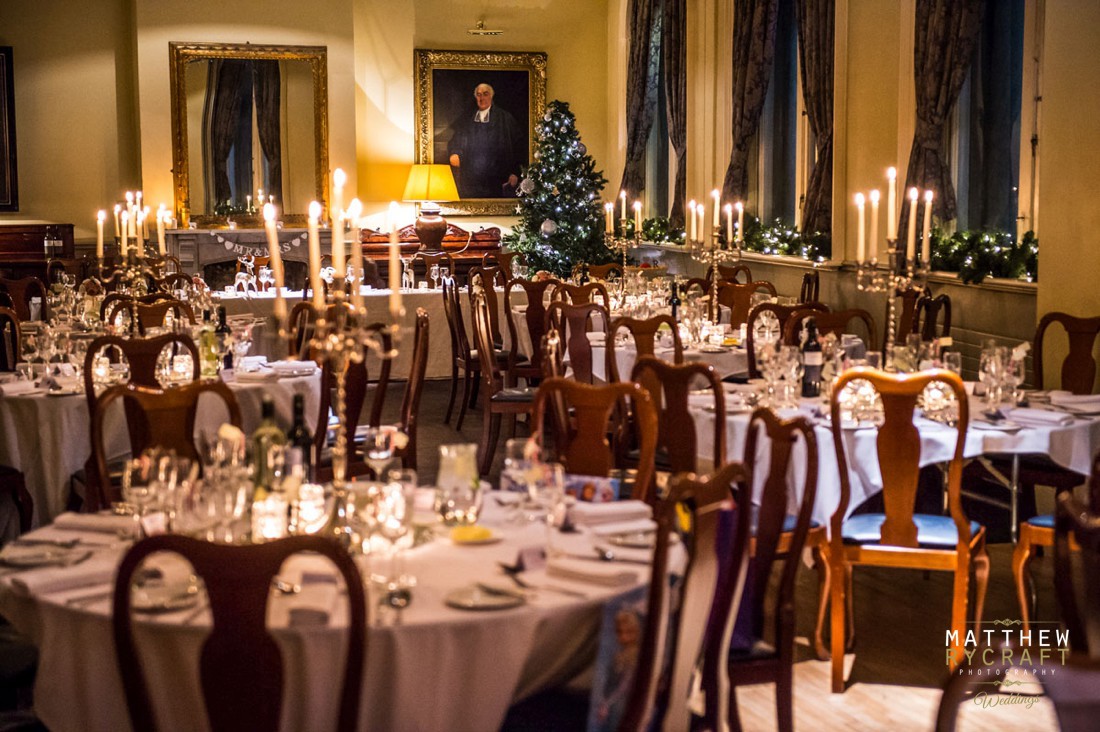 Set in its own parkland, Croxteth Hall is an Edwardian stately home once inhabited by the Earl of Sefton. There is a 500-acre nature reserve, including an original Victorian walled garden. This gracious wedding venue has a whole host of stylish Edwardian Rooms, including the Library, the Old Dining Rooms and the restored Queen Anne Suite.

If you’re after a themed venue but aren’t a huge Beatles fan, then perhaps 30 James Street will tick all your boxes. This Titanic-themed hotel is one of our favourites, and is housed in the former headquarters of the White Star Line, having a pleasing period design that’s packed with original features. Inside, the venue captures the unique atmosphere and luxurious ambiance of sailing on the Titanic. It also features the city’s first rooftop champagne bar, which offers spectacular views and fabulous photo opportunities. 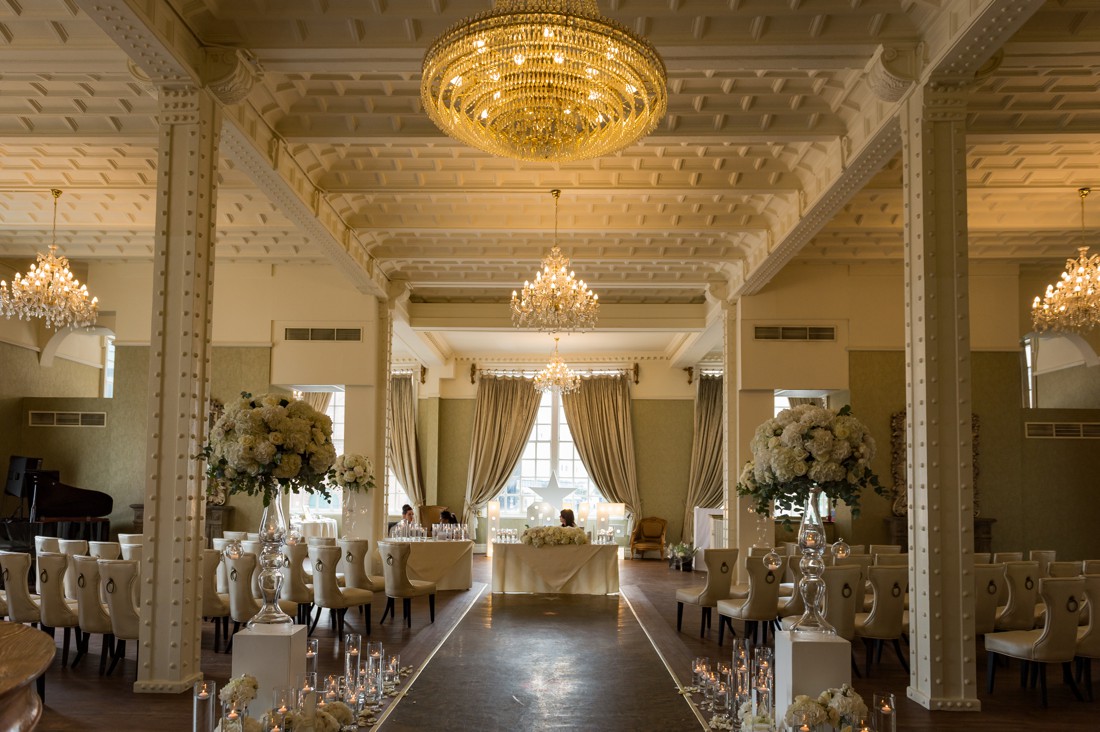 Directly opposite Liverpool Lime Street station is St George’s Hall, a Grade II listed building that dates from the 1800s. This venue was re-opened in 2007 by Prince Charles, following a major refurbishment. St George’s Hall boasts two beautiful rooms that provide the perfect setting for any wedding. 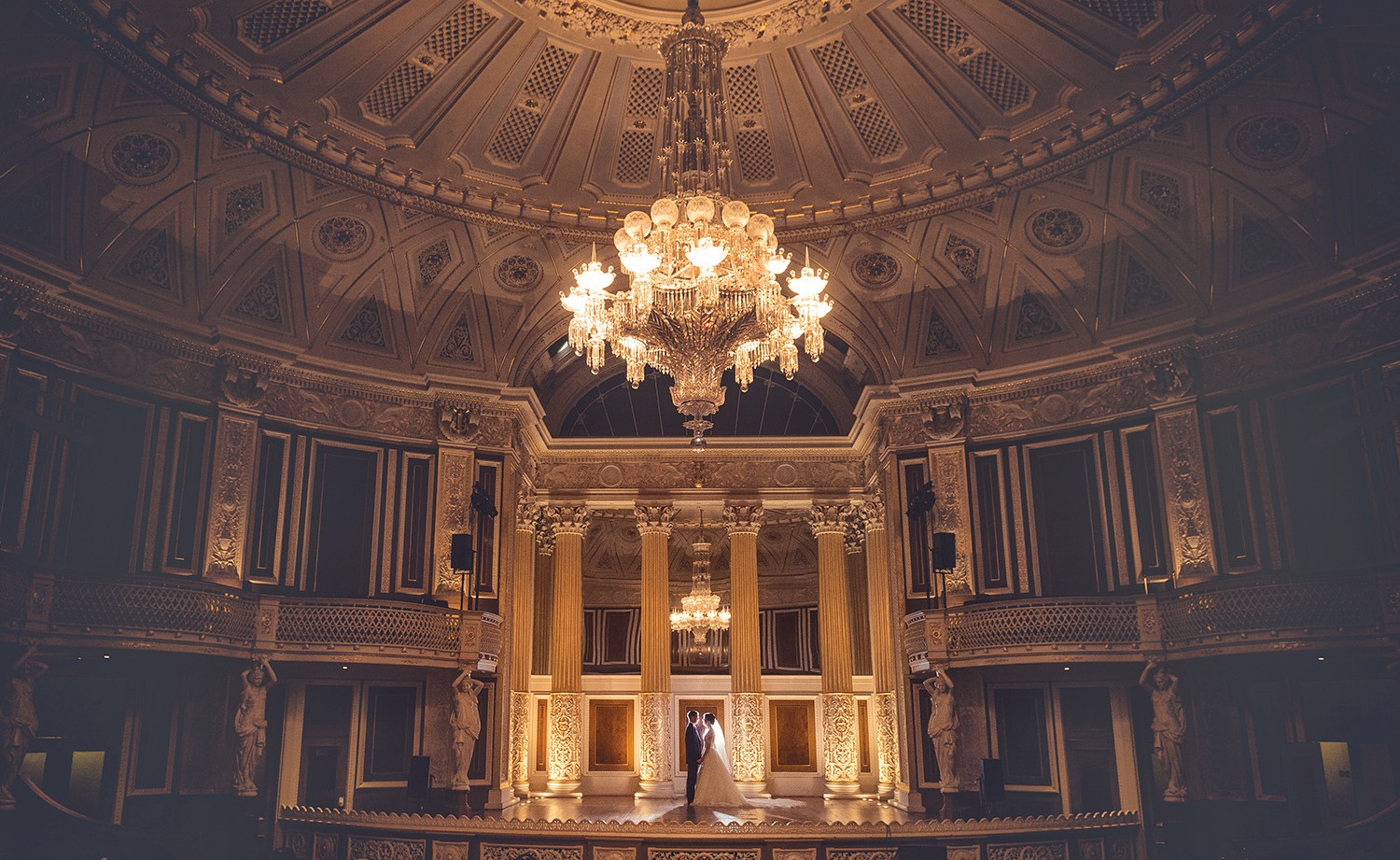 North of Liverpool in Little Crosby, you’ll find Little CHET, aka Crosby Hall Educational Trust. This unique and intimate venue includes the Great Barn and is packed with character, with beamed ceilings, exposed brick and stonework and a charming cobbled courtyard. 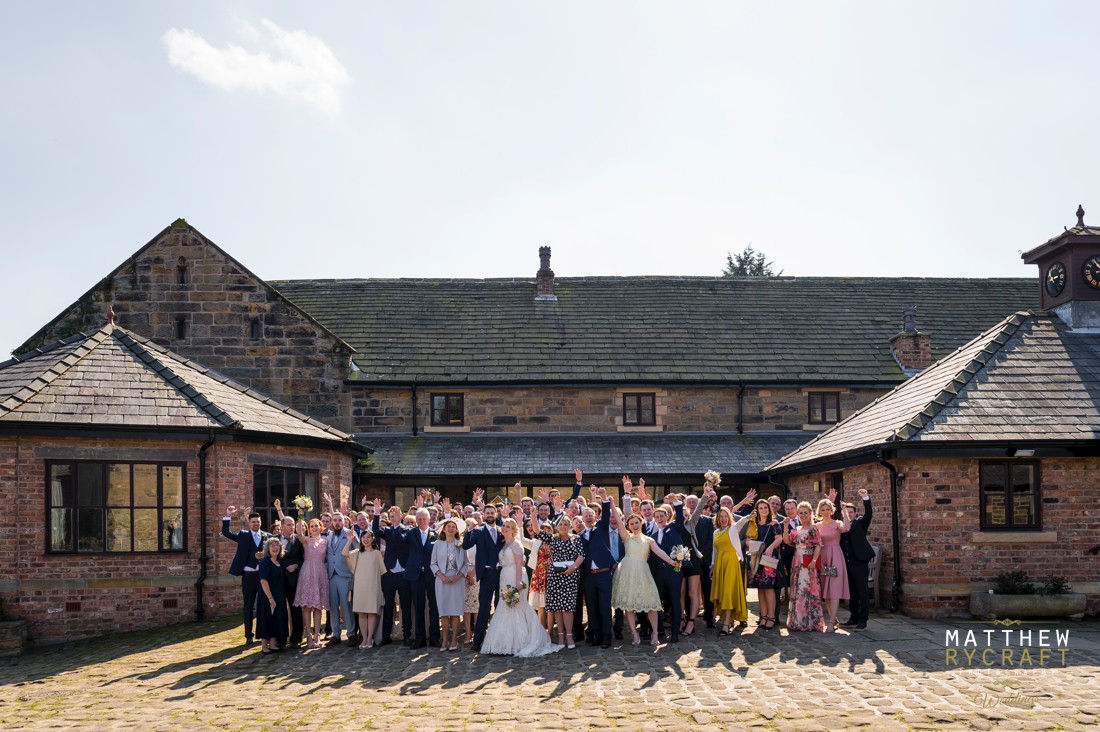 Close to Anfield isIsla Gladstone Conservatory, a Victorian glass structure that is flooded with natural light. Holding your wedding here guarantees a romantic and magical atmosphere – and stunning photos whatever the weather.

Speke Hall is located right by the River Mersey, and is a Tudor-style manor house eight miles from central Liverpool. The Hall was fully restored in the 19th Century, and both Victorian and Tudor influences can be clearly seen. We’ve even hosted photography workshops here, so we know the venue – and its surrounding gardens and woodland – very well indeed!

When you’re considering the type of shots you’d like your Liverpool wedding photographer to capture on your big day, one of the key issues is whet...

I was approached by the editor of Professional Photo to contribute to their series talking to professional photographers about how they started up and...

Top tips for a groom’s speech

Eagerly anticipated throughout the meal, the speeches form a key part of most weddings - not least the groom’s speech. At Matthew Rycraft Photograph...